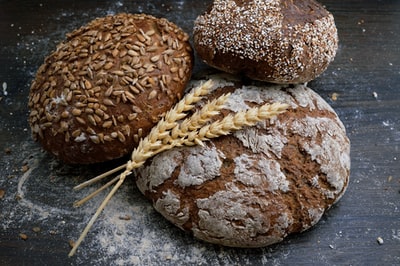 Makes 2 loaves. IN a good-sized saucepan bring the milk and 1 cup water to a boil. Turn off the heat and sprinkle in the corn meal, stirring energetically with a wire whisk or fork. Add the butter and molasses and stir until evenly mixed. Cool to lukewarm. In a large mixing bowl dissolve the yeast in the half-cup warm water with the sugar or honey. When bubbly, add cornmeal mixture, salt, and 2.5 cups of the flour. It should be thick but still beatable. Beat 5 minutes with an electric mixer. Stir in the raisins. Gradually add 0.16666666666667 to 3 cups more flour, beating with a large spoon until the battter is too stiff to continue beating and holds together in a mass in the center of the bowl. Cover the bowl with a damp towel and let it sit until the dough has risen to twice its original volume. Stir down with the spoon. If you wish, let it rise a second time. Stir down. Divide the dough between two buttered large loaf pans. Be sure you get equal amounts in each pan. Squish it into the corners with your fingers. Press to smooth the tops a bit; don't worry if they look like a lava flow. Cover the pans with a towel and let rise until batter reaches the tops of the pans. Preheat oven to 180ºC . Bake 40 45 minutes, until the loaves are brown but don't quite have a hollow sound when tapped on the bottoms. Remove them from the pans and put directly on the oven rack. Bake another 5 minutes to crisp the crust. Cool on a rack. The Garden Way Bread Book From the collection of Jim Vorheis ---- 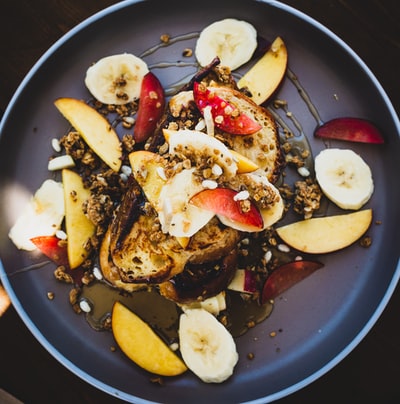 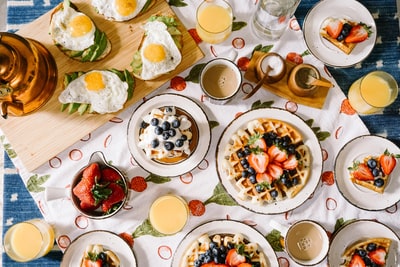 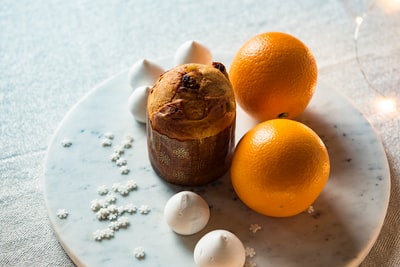