Position rack in lower third of oven; preheat oven to 375 degrees. Using a paper towel, lightly grease a small area in the center of a dozen x 15.5 x 1 cm baking sheet with solid shortening, and l ine the pan with foil, leaving a 5 cm overhang at each short end (the dab of shortening holds the foil in place). Lightly grease the foil with shortening, and sprinkle with all-purpose flour. Shake the pan to distribute flour, and tap out excess.

Pour the flour, baking soda, baking powder, and salt in that order into the triple sifter or sieve. Sift onto a sheet of waxed paper to distribute the ingredients; set aside. Crack the egg into a sma ll bowl, and whisk briefly just to combine the yolk and white. Combine the mashed banana, sour cream, and lemon zest in a small bowl; set aside.

Place the butter in the bowl of a heavy duty mixer. With the flat beater (paddle), cream the butter on medium speed (#5) for 30 to 45 seconds, or until it is smooth and lighter in color. (This is a s mall amount in a large bowl, but you can adjust most heavy-duty machines so the attachment reaches lower in the bowl.) Maintaining the same speed, add the sugar in a steady stream. Then stop the mixe r, and scrape the mixture slinging to the sides into the center of the bowl. Continue to cream at the same speed until the mixture is light in color and fluffy in appearance (about 3 to 4 minutes).

With the mixer still on medium speed, pour in the egg, very cautiously at first, as if you were adding oil when making mayonnaise. Continue to cream for 1 to 2 more minutes, scraping the sides of the bowl at least once. When the mixture is quite fluffy and has increased in volume, detach the beater and bowl. Tap the beater against the edge of the bowl to free the excess.

With the aid of a metal spatula, lift half the flour mixture, and sprinkle it over the creamed mixture. Stir it in with a rubber spatula. Then add the mashed banana mixture, stirring to blend. Scrape the sides of the bowl with each addition. Add the remaining flour mixture, and stir until smooth.

Scoop the thick batter onto five different areas over two-thirds of the prepared baking sheet. With a metal spatula, spread and coax the batter to cover the two-thirds of the sheet. Now extend it to the rest of the sheet in as even a layer as possible. (At first you will not believe it will cover the entire sheet, but it will. You do not have to rush. The layer will be very thin, but that is jus t the way it should be. It will increase in volume in the oven.) Bake for 8 to 10 minutes, or until the cake is light golden brown, the sides are beginning to contract from the metal, and the cake sp rings back when lightly touched in the center. Remove the pan from the oven. Using a thin-bladed knife, gently release any portion of the cake sticking to the long sides of the pan. Pull up on the fo il overhangs, one at a time, to release foil from the pan's edges. Finally, loosen foil from the bottom of the pan by gently lifting up on the flaps, and transfer it to a large rack to cool.

Place a sheet of foil over the cake, and manipulate the foil in a tent fashion (this holds in the moisture as it cools, but prevents sticking to the cake). Cool for 30 minutes.

FILLING Combine the filling ingredients in a 1.5 quart deep mixing bowl, and whip them until some cream dropped from the beater or whisk does not disappear on the surface of the mixture in the bowl. Anothe r test is to draw the beater or whisk through the center of the cream in the bowl; if the track stays in place, you are ready to spread the filling on the cake. The cream will appear soft, shiny, and smooth but stiffer than for most desserts. It will coat the cake layer, sticking to it and staying in place when rolled.

ASSEMBLING THE DESSERT Lift the cake on its sheet of foil so that one of its long sides is parallel to the edge of your counter. (The cake will be rolled lengthwise.) Spread the cream evenly over the cake with a rubber spa tula, up to 3 cm before reaching the long end farthest from you. (Some of the filling will move to that end as you roll.) Begin rolling by flipping the edge of the cake nearest you over onto itself. Then, with the aid of the foil that extends on either side of the cake, roll the cake lengthwise until you reach the other end. With you hands, wrap some of the roil around the roll to assist you in rounding the shape as you work toward the other end of the cake (otherwise, the cake will stick to your hands).

Cut each end of the roll on the diagonal for eye appeal, and sprinkle a light coating of powdered sugar over it to disguise any cracks in the cake. Lift it onto a serving plate with the aid of a long , wide spatula or a baking sheet without sides. If desired, decorate top of roll with Glazed Raspberries.

GLAZED RASPBERRIES To decorate the top of the roll, place the raspberries into a 3 litre bowl. Heat currant jelly just until it's almost melted, but not hot. Pour the jelly through a strainer over the berries (push it through the strainer with a rubber spatula.) Gently slide the rubber spatula under the berries, and fold the two together. Repeat this three more times. The object is to coat the berries evenly. Care fully scoop the raspberries on top of the cake, down the length of the roll. 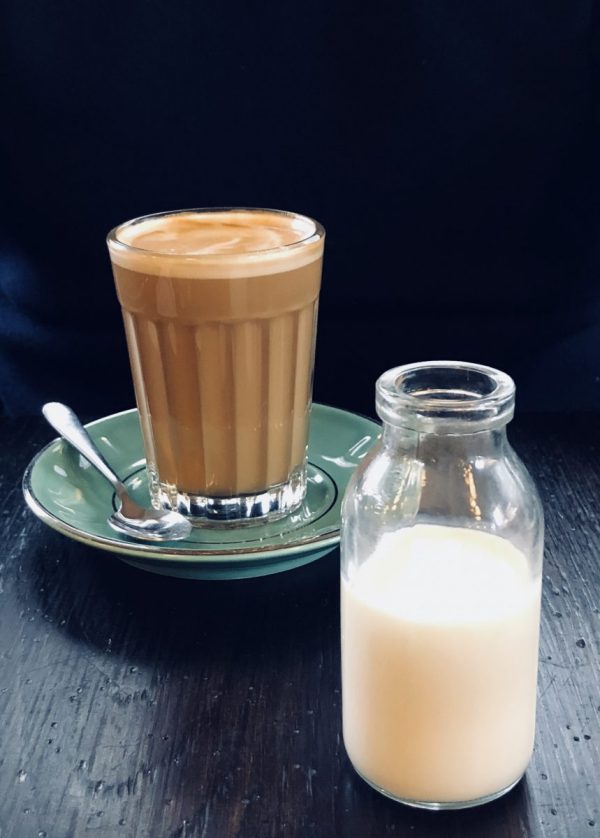