Have your butcher tie the pork roast into the traditional crown roast shape, ch ine bone removed, split between the ribs to facilitate the formation of the cro wn shape. Ask for the chine bone which will be used to roast the meat on to avo id burning the bottom. In a saucepan over medium heat combine the pureed Ancho chili, tomato puree, honey, vinegar, Worcestershire, black pepper, ground cumin and garlic. Bring the ingredients to a simmer and allow to cook for 20 minutes before removing from the heat and adding the bourbon.

Season the roast with salt and pepper and brush with Ancho marinade. Place the chine bone in a roasting pan and place the pork roast on the bones: this will p revent the bottom of the roast from burning. Place the roasting pan into the ov en and cook for 20 minutes before turning the heat down to 180ºC . Brush the roast at frequent intervals during the cooking process to keep the roast moist as well as perfumed with the spice mixture. Add the roughly cut vegetable s and continue to cook until the roast reaches an internal temperature of 150 d egrees F. Remove the roast from the pan and allow to stand for 20 minutes befor e carving.

While the roast is resting make the quick pan gravy by pouring off all of the r endered pork fat, leaving the rough cut vegetables in the pan. Place the roasti ng pan on the stove top, turn the burner on underneath the roasting pan and con tinue to cook the vegetables with the chine bone. Carefully deglaze the pan by adding the wine allowing most o f the liquid to cook off before adding the hot chicken broth, reducing the heat to a simmer. Meanwhile in a small saucepan com bine the 3 tablespoons of pork fat with the flour and cook gently to make a lig ht brown r roux, cooking about 3 to 4 minutes. Using a wire whisk, add the roux to the simmering stock and whip the ingredients together to avoid lumping. Add any remaining marinade to the gravy, then cook for 5 minutes before straining through a fine mesh strainer.

Serve the roast, by carving at the table, with the dressing and gravy on the si de. 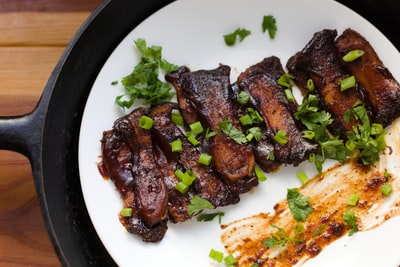 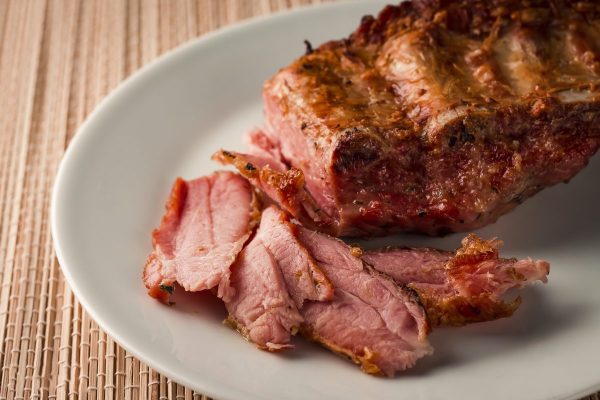 Fregula With Clams And Chilis 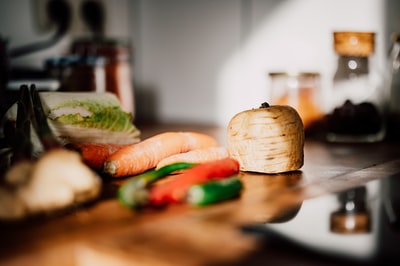